Description
Ericaceous, deciduous shrub, 20-, densely branched. Under the ground it develops a wide net of superficial roots and repent offshoots. Oval to lanceolate caduceus and alternate leaves of 3- in length, whole, peninnerved, with acute apex and toothed edge, of membranous consistency, glabrous and shiny green color in the upper side of the leaf and slightly dotted with hairs in the underside of the leaf; pubescent in the vein of the same. During autumn, leaves turn into orange to scarlet color. Flowers are isolated in the axil of the leaf, although they might be also found in small groups forming axillary bunches. Berry-like, globular blue fruits, 6- diameter, sweet-and-sour flavor, flattened at the top, where the rests of the style and the calyx are found, forming a small rounded crown. In the uppermost part it has a small crown that differentiates it from the blackcurrant. It belongs to the Ericaceae family.

Blueberry is native of Eurasia, North America, and Japan. It is especially abundant in mountain mixed forests, in cold climates between 500- and in all arid siliceous soils without lime of the North hemisphere. It is found in most of Europe (Alps, Central Apennine, Pyrenees), Asia, Central America, US, and Canada with Atlantic climate, in coniferous forest, and heathlands. It blooms from April to June and its fruits mature from July and onwards. Leaves should be harvested when the plant has its peak of development, generally during June. Berries are best harvested in August or September, or even during the first days of July only if the plant is mature enough, when berries show a blue, almost black color. From an ecological point of view, blueberry is important not only due to its fruits, but also because it protects the forest soils from erosion at the time that contributes to the formation of hummus.

During the Second World War some British Air Force pilots with the mission of flying during night operations noticed that their vision improved after eating a jelly made of blueberry. Later, this and other effects of blueberries on vision have been proven. An effect that recently has received attention is that blueberries prevent the loss of vision caused by the retinal degeneration that usually appears in elderly individuals. Other studies show the positive effects of the combination of blueberries and vitamin C to prevent and restrain the progression of cataracts. 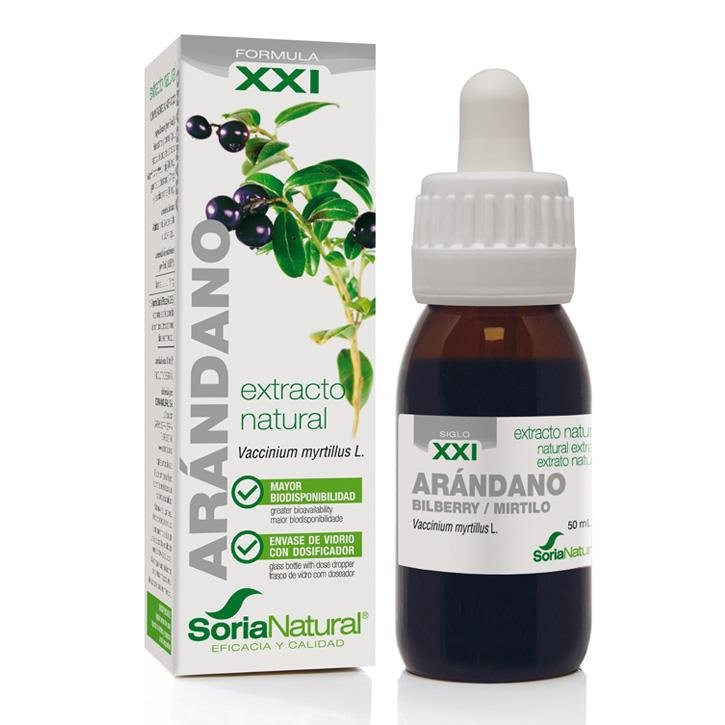