Description
Decidious shrub or small tree that is native to the Mediterranean region and southwest Asia. It was included into the Verbenaceae family, although at present it has been transferred into the Lamiaceae family. With 4-5 meters in height, it usually has a branched trunk from the root, with long and flexible stems. It has 5-7 lance-shaped leaflets are palmately arranged to leaves. Its leaves have a dark green colour and are glabrous in the upper side, and grey and pubescent in the lower side. It has axilliary, cymous and verticil inflorescences arranges in spikes and oblong bracts. Sessile flowers or on pedicels, campanulate and tomentose calyx with five shallow triangular teeth, pubescent tubular-campanulate corolla of light blue color or lilac color or, less frequently, white. Androectum with 4 exerted stamens and hairy filaments at the base. Exerted style with bifid stigma. Fruit in globose drupe of 3-4 millimeters of diameter, glabrous, with 4 stones. It is blackish when ripe, surrounded by the persistent calyx. Fruit taste is sharp and aromatic, and it is frequently used to falsify pepper in cold meat manufacturing.

Vitex agnus-castus o chaste tree was already used in gynecology by Hippocrates (460-377 a.C.) and was described by Dioscorides and Pliny the Elder as a libido suppressant. Chaste tree was carried by Greek women as a chastity symbol and by Roman vestal virgins. Catholic novice monks used to carry it inside their pockets. John Gerarde (1633) affirmed that the decoction of this plant was good against uterus pain and inflammation if women took a sitz bath, and drinking its seed caused menses. During the II World War, the stimulation of breastfeeding with the bombing stress was proved. 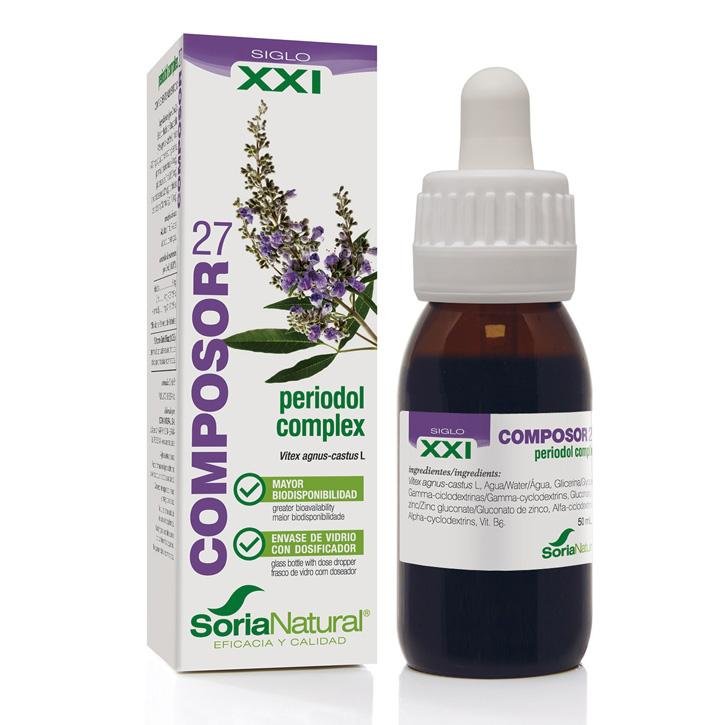 Regulating effect on the menstrual cycle and rise in fertility